8 - 11th August 2013. Group Quilt Entry on the theme of Graffiti at the Festival of Quilts, NEC Birmingham

2011
Dreamcatcher "Hands Across the Border" exhibition at the Phoenix Park Visitors Centre, Dublin.

2009
Journey "Hands Across the Border" Exhibition.

I'm a member of the Quilters Guild of the British Isles - previously an International member as Region 17 used to just cover Northern Ir... 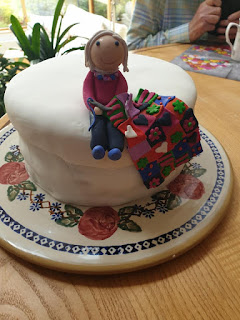 Claire
I'm a quilter based in the Mid-West of Ireland. Qualified Quilt Judge accredited by the Quilter’s Guild of the British Isles.